It's a feat for anyone who is a first-time language-learner: to complete a course in Duolingo in a language you don't natively speak.

For those of you who have no idea what Duolingo is, it's a language-learning app that is well-known for supporting a wide variety of languages, and is notorious its incredible persistence in pestering you to practice every day, including methods of guilting you into it. In my case, it worked. 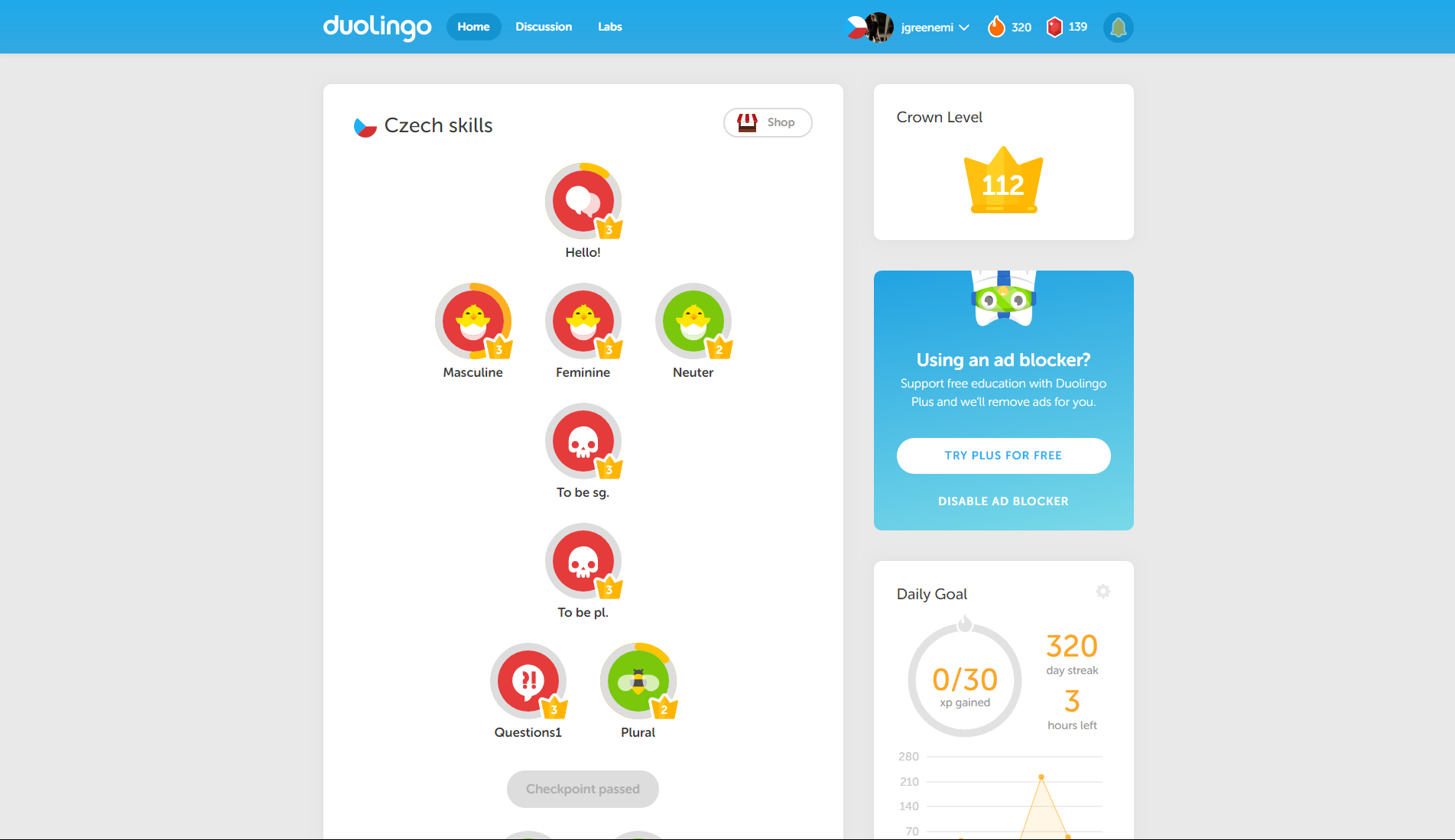 I started learning the language in November of 2017, which makes me about a month late to my one year anniversary. Still, I'm impressed I finished the course in the year since. For context, a diligent student putting in serious practice every day can finish these courses in around six months, but my casual efforts had me sitting at the halfway mark around nine months in, just doing timed practices every day for skills I'd already covered. (In other words, strengthening the material I'd seen already, rather than learning new words and concepts.)

After returning from a trip this year to Slovakia and Czech Republic to see the land where my great-grandparents came from, I became more motivated to get the course finished and become comfortable with using the language on a regular basis. Since Duolingo cannot take a learner to a conversational level without supplementary material/learning methods (i.e. talking with native speakers), that means this milestone is only the beginning.

While I'd love to have translated this whole post into Czech to show off, the fact stands that there is a lot I don't yet know about the language, and further practice is necessary. To that end, I'm keeping up with short conversations with native speakers, and regular reading practice on online posts.

This is a lightweight reminder to review both the data going into your models, and the predictions it produces - not just your performance metrics. In recent history I was testing out an

Over the last month I've been working on an ML-powered subreddit called /r/SleevesHidingHands. What started as nothing more than a "what if" idea, turned out to be a great learning experience in